Over thousands of years of history and representing a wide mix of ethnicities, religions, and traditions, the merchants of the Silk Road traded not just in goods, but also in culture and knowledge. Long hidden from the West, the countries of Central Asia along the fabled route have emerged from Soviet rule as autonomous nations. In , as each of these states celebrates its 25th anniversary of independence, Turkmenistan, Uzbekistan, Tajikistan, and Kazakhstan are taking on identities as strategic economic and political players and the newest destinations for adventurous travelers. 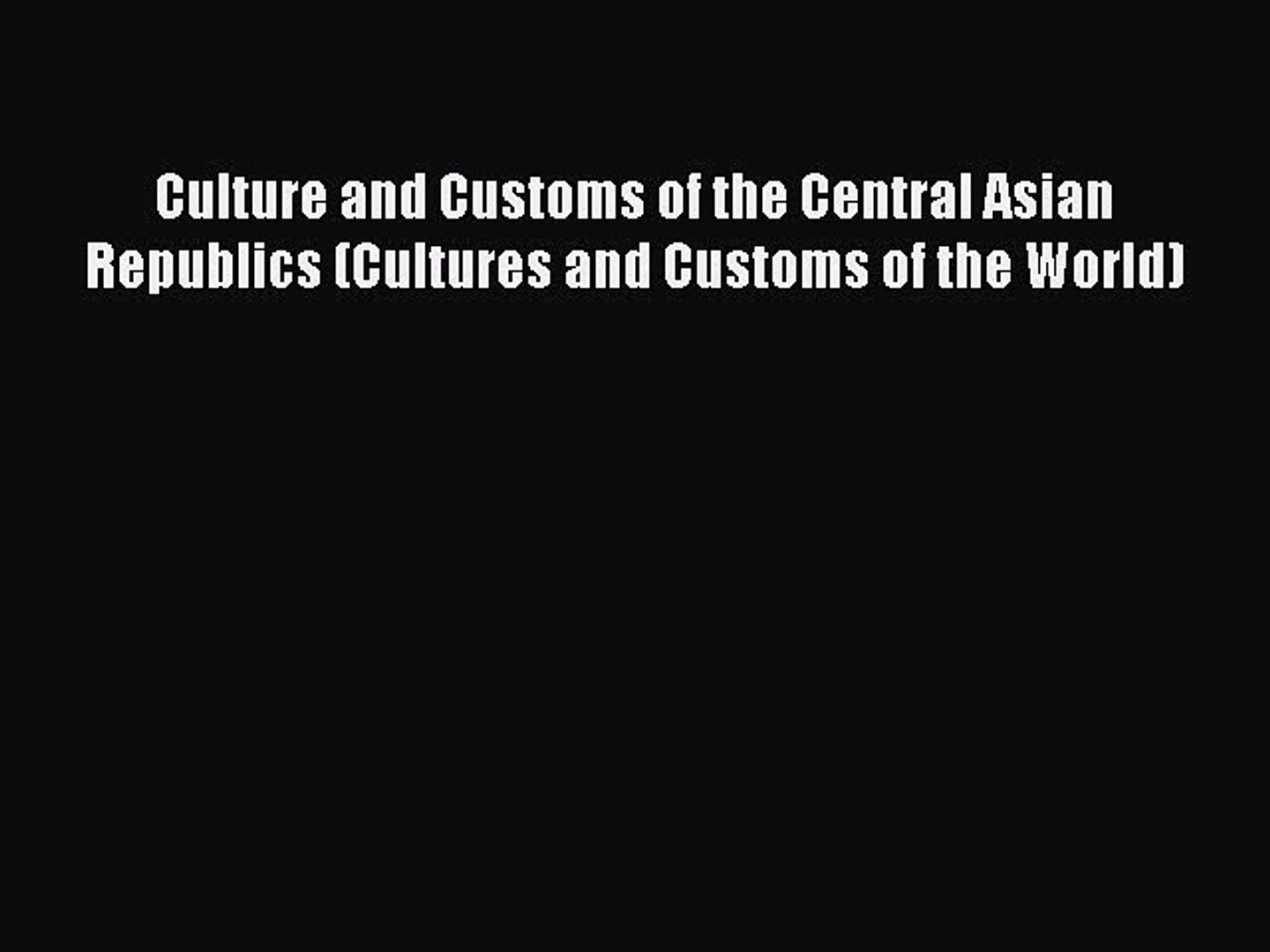 Rajabova is a former professor at the University of Bukhara and was chief guide for the Uzbekistan Ministry of Tourism. Skip to main content. For more information, please contact publications ucentralasia. Textbook published by Indiana University Press English, This beautiful and informative book offers a detailed introduction to the musical heritage of Central Asia for readers and listeners worldwide. The book balances "insider" and "outsider" perspectives with contributions by 27 authors from 14 countries who explore the diverse musical traditions of nomad and sedentary dwellers; the transformation of music and culture from the past to the present day; and the important role music has played in the history of Central Asia.

From the Pamir Mountains of Tajikistan to the Kazakh steppe, the old Silk Road city of Bukhara, and the urbane arts scene of contemporary Bishkek, Kyrgyzstan, music and musical life come alive through vivid writing, copious illustrations, and audio and video examples available on a companion website. Profiles of musicians, listening guides, study questions, and an illustrated glossary of musical instruments make The Music of Central Asia an indispensable resource for both general readers and specialists.

The second in a two-part series on the unique history, artifacts and preservation of archaeological relics of the Pamir mountains, this publication is a comprehensive mapping, including a discussion of the history and challenges faced by the civilization of the Eastern Pamirs from the Middle Ages to contemporary times.


The map contains information on existing monuments from the Stone Age through the 20th Century, and on destroyed monuments, based on archaeological evidence. The book is an important scientific contribution to the archaeological history of Gorno-Badakhshan Autonomous Oblast. The Musical Arts of the Pamirs is a five-volume study on folk music, oral history and theatre traditions from the Pamir region of Tajikistan. Widely viewed as the most comprehensive work on Pamir music and heritage to-date, the series is the culmination of 40 years of field work.

This fundamental book deals with koshoks , funeral laments of the Pamiri Kyrgyz living in the Van region of eastern Turkey. The author presents rich and original texts of koshok which he recorded during fieldwork conducted from The fieldwork covers the language, folklore, and ethnography of the Pamiri Kyrgyz, who first moved from their homeland in the Pamir mountains of Afghanistan to Pakistan in and then to Turkey in The koshok texts presented in this book will serve as valuable ethnological, ethnocultural, and lingua-folkloristic source for ethnologists, ethnographers, folklorists, linguists as well as for students of Ethnology and Philology.

This book presents over authentic examples of proverbs and sayings that were recorded in their spoken form by the Pamiri Kyrgyz community living in the Van region of Turkey. The work is the result of many years of field work by the author and attempts to record and analyse the multi-faceted genres of oral tradition according to the highest academic standards.

This newest contribution to the field of ethnography and folklore studies is dedicated to researchers as well as a broader public interested in learning more about this under-researched community. It provides new lingua-folkloristic primary source material for linguists, folklorists, ethnographers and university students in the field of folklore and philology.


This book presents a comprehensive ethnographic study of the singing of koshok funeral lamentations among elderly Kyrgyz women. Koshok is one of the oldest and most enduring genres of Kyrgyz oral poetry.

The book includes koshok texts recorded by the author in different regions of Kyrgyzstan in , and , categorised according to theme and topic. An accompanying DVD contains over 30 audio examples of koshoks sung by professional lamenters, as well as video footage of Kyrgyz rituals and customs during memorial feasts offered to the deceased.

This book describes the socio-economic history, cultural experience and identity of a group of Kyrgyz herders who worked on collective farms in Soviet Uzbekistan in the second half of the 20th century. It tells the story of the herders and their families, who, for more than 50 years, led a semi-nomadic life, wintering on the collective farms in the Fergana Valley and summering in the high jailoos or summer pastures of the Chatkal and Fergana mountain ranges of Central Asia. The reminiscences of 20 elderly Kyrgyz herders and their family members further embellish the text.

Accounts of key events in Soviet history and rich descriptions of Kyrgyz cultural traditions provide a rich backdrop for these personal stories. The book contains unpublished folk stories as well as original, valuable ethnographic material about Kyrgyz and Uzbek cultures in the Fergana Valley. It includes a DVD presenting a video film with English subtitles documenting the return of Kumu to the Yspy jailoo in summer of , black and white photographs taken during the s, and color photographs taken between and in the same jailoo by the authors.

The book is intended for scholars, students, the Kyrgyz public and everyone interested in Kyrgyz nomadic or pastoral life, values, customs, and traditional knowledge on family and kinship relations, nature and livestock raising. Published by the University of Washington Press English, The book and exhibition will contribute to broadening knowledge of the architectural, visual and cultural record of Central Asia within and beyond the region. A Kyrgyz cemetery seen from a distance is astonishing.